My Life in Stitches: Sacrifices

A parent makes many sacrifices for their children. Early in their lives, I thought I was making my biggest sacrifices for them, like giving up on having a career and becoming a homeschool mom. I must admit, however, I was looking forward to the day where my sacrifices weren’t so big. Deep in my heart I longed the days when they would make their own sacrifices. What I didn’t realize that parents continue to sacrifice for their children, no matter their age. Even though the sacrifices come less frequently, they still occur. Which brings me to what’s on my needles right now. 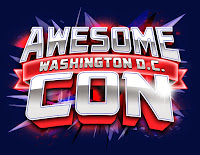 Next weekend, the DC Metro area is hosting a huge event for the cosplay world. It’s called Awesome Con. If you don’t know what it is, here's a short explanation. According to their press release, Awesome Con is a comic con and pop culture convention. If you want a more in depth explanation, find your nearest self-proclaimed geek, gamer or cosplay fan and ask him or her some questions. I have one such person in my house: my nineteen year-old son.

A big part of this event for him is the cosplay (costume play), which means he gets to dress up like his favorite characters during the convention. My son decided to go as Link from Legend of Zelda, and I must admit that he’s done a good job on his costume. The only thing missing was brown fingerless gloves and of course, he asked me to knit some for him.

This is not a big deal for me. I’ve been knitting for my family for years. But for the sake of durability and cost, I have to knit these gloves with ACRYLIC. Yes, this girl, who loves her natural fibers, is being tortured by every stitch. Yes, I know, some of the acrylic yarn is now very soft, but that’s not what my son gave me to knit with.

So I’m sacrificing for my son…because I love him…a lot. Yay, parenthood.
Posted by Terri J. Haynes at 9:00 AM No comments: