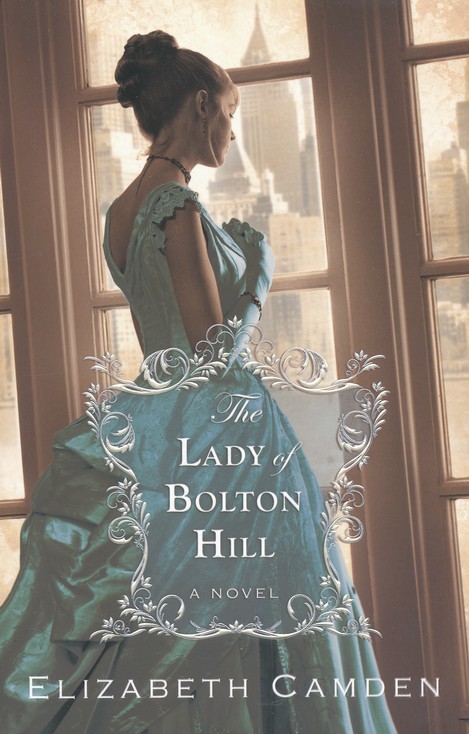 Title: The Lady of Bolton Hill
Author: Elizabeth Camden
Rating: Glad I got it from the library

This is my first review of a book by Elizabeth Camden. New authors always excite me. This book had an added claim on my attention. It’s set in Baltimore, and as a native Baltimorean, I was intrigued. I wish I could say that this book lived up to my excitement.

Blurb
Female journalists are rare in 1879, but American-born Clara Endicott has finally made a name for herself with her provocative articles championing London's poor. When the backlash from her work forces a return home to Baltimore, Clara finds herself face-to-face with a childhood sweetheart who is no longer the impoverished factory worker she once knew. In her absence, Daniel Tremain has become a powerful industry giant and Clara finds him as enigmatic as ever. However, Daniel's success is fueled by resentment from past wounds and Clara's deeply-held beliefs about God's grace force Daniel to confront his own motives. When Clara's very life is endangered by one of Daniel's adversaries, they must face a reckoning neither of them ever could have foreseen.

This book started off wrong for me. Camden jumps right into the story, something I really don’t like. I know starting in the middle of the action is a mantra much repeated in writing, but it is possible to start too far in the action. I felt like I got to the inciting incident, the thing that sets Daniel and Clara off on their journey, before I got to know them enough to care. Since I really didn’t know them, I didn’t completely understand the significance of some of the subsequent events until much later in the book. But by then, I was forcing myself to continue and skimming large sections.

As for the characters, since I didn’t have a chance to connect with them at the beginning, it was hard to find good things about them. Clara seemed too impulsive at times and too timid at others and I struggled to see her as a "lady". Daniel seemed angry beyond the point of redemption and I had a hard time following his character arc. Even with Clara’s actions to defend the underprivileged and the injustice Daniel suffered, I struggled to like them. Also, the villain was completely unexpected, but not in a good way. I felt his development was far too unrealistic.

As for the plot, I felt like it would have been a good plot if it only had different characters. This gave the story a very disjointed feeling. Also, I’m not sure I felt like I was in 1867. The book had a very contemporary feel to it, like I was reading about modern day times. And this may be a little biased, but I didn’t fell like I was reading a story set in Bolton Hill in Baltimore. I know the area well and thought the story was missing some important landmarks that made Baltimore the Charm City.

I won’t say I wouldn’t read another one of Camden’s books. I hopeful that Camden will improve in time.
Posted by Terri J. Haynes at 12:39 PM